Decolonising literary studies requires ditching finality and certainty. Decolonising literary studies isn’t simply a matter of relieving the symptoms, substituting this author for that or setting up a new canon in place of the old. The challenge is to address the chronic underlying condition by thinking beyond the guiding assumptions and aspirations of any colonial-era curriculum.

To start with, this means ditching the ideas of language that were central to colonial linguistics. On that logic, for instance, the curriculum was thought to affirm one supposedly unitary, national language (let’s say, French). Or at best, in the case of Comparative Literature, it affirmed two supposedly unitary, national languages (for example, French and English). 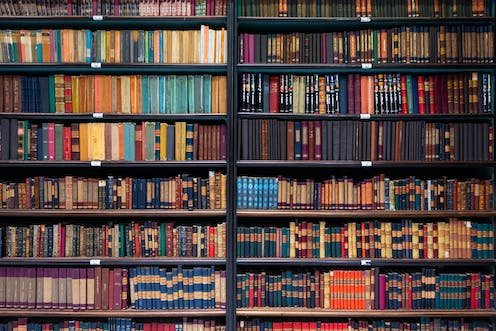 The reason? Language, it was assumed, is the expression of the national “character”, “genius” or “soul” – to put it in the most idealistic terms. Or it is the bearer of “the culture”. This was usually understood as the shared, often ancestral values, practices and forms of knowledge by which a people (or national community) sees itself and understands its place in the world.

This way of thinking informed the selection of great writers that gave the colonial-era literary curriculum its content. And it defined one of its core aims: to provide the means by which the nation could come to know and affirm itself as a community rooted in one language, one history, one culture and one state.

At home this was a quasi-theological exercise in self-knowledge – the talk was all about encountering the “national soul” through literature. Abroad it was a rather more worldly instrument of self-imposition – the export version of the curriculum serving to assert the sovereignty of the colonising culture and the primacy of its language, values and ways of knowing.

To design a decolonising curriculum, then, we need to start by abandoning the dubiously assured, dubiously otherworldly assumptions underpinning this legacy.

This means conceptualising language in more secular or earthy terms. Language as a river, say, the source of which is ultimately obscure, the mouth always somewhere further on. It’s a strange kind of river too. Many other major rivers, not just minor tributaries, constantly flow in and out of it. And no state or community (national or otherwise) can claim exclusive rights over it.

Push this rather benign, naturalising analogy too far, however, and you gloss over colonisation’s destructive effects. Backed most often by the state and its allies, some languages, after all, became vast, transcontinental canals – think of English or Spanish. And constructing these often caused others to dry up altogether – think of Aushiri or |Xam.

So what would a curriculum founded on this alternative idea of language look like?

For one thing, given its central premise – no language is the product of any one history or the property of any one community – this more secular conceptualisation would put pressure on the inherited disciplinary structures of the university itself. Think of all those separate departments of English, French, Spanish, etc. Yet it need not follow that they should fall. What has to go are the canal-building assumptions on which they were often founded, and the silo mentalities they still tend to foster.

Taking the more benign river perspective first, a decolonising curriculum would begin by encouraging students to uncover the many “foreign” languages within those they have chosen to study. This would reveal how translation, far from being an anomalous or specialist activity, is integral to the ordinary life of all languages.

In a similar spirit, it would make it possible for them to follow the shifting contours of linguistic geography, which seldom coincide with state boundaries. This would leave them free to trace the complex movement of languages through multiple speech communities and across all media.

The canal perspective would require other lines of enquiry. Here the curriculum would ask students to reflect critically on the legacies of colonial linguistics, the interconnected histories of standardisation and marginalisation, and the impact they had on the way all languages were understood in the past.

The river and canal perspectives inevitably raise different questions of ownership, multilingualism and translation. Yet both open up ways of thinking beyond theologically inspired, colonial-era silos. And both make it possible for properly decolonising linguistics to emerge in which the interdependence of self- and other-knowledge is central.

Literary writing, too, would have a transformed status. Since a decolonising curriculum would treat linguistic inventiveness as an ordinary feature of a language, like translation, it would have no need of the colonial era’s sacralised canon of great writers.

Equally, it would not assume that writers all sign up to canal-building national traditions simply by default. Many may have in the past, and some may well continue to see themselves in similar terms today, but the presumption has lost all currency. How innovative writers relate to communities, whether national, sub-national or supranational, can now seldom be known in advance of actually reading their work.

A decolonising curriculum would, therefore, consider the multiple ways in which writers negotiate the linguistic, literary and cultural legacies of the colonial era. Some reject them, some indigenise them, some re-foreignise them, and others refuse all clear-cut options, choosing to work between languages and traditions instead.

Does this mean a decolonising literary curriculum is simply “world literature” by another name? Possibly, but only in the sense in which the Bangla poet-philosopher and Nobel Literature Prize-winner, Rabindranath Tagore, used the phrase over a century ago when he affirmed the promise of what he called বিশ্ব সাহিত্য (Vishva Sahitya). For Tagore, this was a call to decolonise knowledge and to reinvent the university. It was also a call to learn to think (and live) creatively amid the world’s turbulence without any craving for otherworldly certainty or finality.

It is a call worth heeding again.

This site uses Akismet to reduce spam. Learn how your comment data is processed.